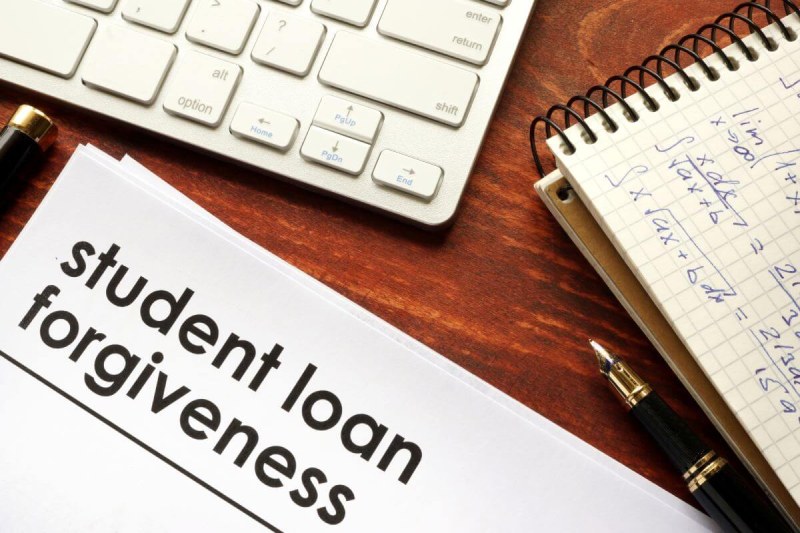 There’s a lot of upheaval in Washington (and across the country) over this whole student loan forgiveness decision from the White House. Some Sugar Land people are exultant, some are… well, less than thrilled.

For the extremely-online-all-the-time crowd, it’s likely you’ve moved on to the next outrage. But normal Sugar Land people are still getting their heads around it – as well as figuring out the tax implications of that kind of decision and the process.

More on that in just a sec.

Firstly, estimated taxes for Q3 are due NEXT WEEK (9/15). That might not apply to you, but just in case … consider yourself reminded.

Here’s my other friendly reminder that the personal tax return extension deadline is creeping up (a little over a month away, in fact – 10/17). And even though the IRS has been clearing its backlog, they also are still behind on issuing refunds and are still fairly unreachable to the general public.

What does that mean for you? Well, it could be hard slogging doing it alone and you could be waiting even longer. So, let’s get your 2021 return filed and checked off your list as soon as possible. Hopefully, we’re already in communication about this.

If you need it, set up an appointment on my calendar, and let’s talk:
www.flashappointments.com/client/lgn/launch.cfm?busid=509

Now, let’s take a deeper look at the effects of the president’s latest decision on your tax situation…

President Biden’s recent move to forgive swathes of student loan debt made a lot of headlines and set off a lot of partisan fuss and feathers in Washington.

One plus was clear from the start: Borrowers won’t pay federal tax on the amounts they have forgiven. Cool.

What about state taxes? And what if you’re one of those people right on the lip of not having their loans forgiven? Is there anything you can do about that?

Here’s what we know so far in this still-evolving situation with student loan forgiveness.

Diplomas are not only more expensive these days, but the debt after they’re framed on the wall is bigger, too. The average borrower owes almost 29 grand in loans to repay. Around 92% of all student debt is federal student loans.

Normally, the IRS would’ve considered such forgiven amounts as taxable income, the concept being that a borrower’s forgiven debt is treated as if he or she had  earned additional income in the previous tax year equal to the amount of forgiven debt. But thanks to the American Rescue Plan Act, student loans forgiven from 2021 to 2025 don’t count toward federal taxable income. Forgiveness is expected by the end of this year.

Again, way cool. But even though many states just flow with the feds when it comes to tax policies, a lot of other states aren’t feeling so generous.

Who knows? It is certain that nine states – Alaska, Florida, Nevada, South Dakota, Tennessee, Texas, Washington, Wyoming, and (for all intents and purposes) New Hampshire – don’t have a state income tax, so they’re on the sidelines.

If your state does wind up taxing forgiven loans and you get your 10 grand forgiven, you could face the mid-three figures to more than a thousand dollars in more state income tax. Nasty hit.

But states – not to mention the IRS – will be pumping out guidance on this matter for a while yet. The above information is changing almost hourly right now, so check in with us if you need the latest word on states taxing or not taxing this break.

Again though: No federal income taxes.

Other considerations with student loan forgiveness

Nothing’s ever simple in the tax world – and situations like this forgiveness business really make the questions sprout. Here are a couple more:

What if you’re one of those who takes the loan interest tax deduction? Normally, you can make up to 85 thousand a year as a Single filer (a whisker more than twice that if you file your taxes Married Filing Jointly) and still deduct up to the low four figures in loan interest payments. (Repayment requirements were frozen a couple of years during the pandemic.) You won’t be able to deduct interest for the forgiven loan amount.

What if you’re right at the income cutoff? Should you defer income into next year? Maybe… Talk to us, because a few grand bumped into 2023 might well get you 10 grand lopped off your loans. Something to think about.

One thing I’ve been hearing is that they will base these cutoffs on returns already filed (which means that you won’t need to make these decisions), but I haven’t seen the final guidance on it yet …

We know these headline tax events can be confusing, and we’re here to help. This is, in fact, what we do – we pay attention so you don’t have to.